We Can Believe in God 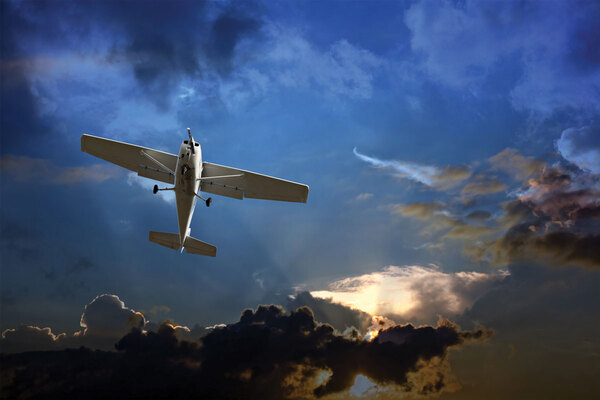 “I USED TO MOCK GOD,” said Mark. But that all changed when his airplane ran into a night time snowstorm and there was not enough fuel to reach the Alaskan Arctic airstrip. His plane had been running on empty for 30 minutes when the engine started misfiring. As he prepared to crash into the Bering Sea, Mark grasped his last option. He had never prayed before, but in desperation, he lifted up a silent prayer. “If there is a God, I need your help now!”

Immediately, the plane popped out of the snowstorm. But Mark now faced the problem that he had another 20 miles to fly with an empty fuel tank! When he landed, there was no earthly reason his plane should have traveled that distance with no fuel. Mark believes God added an hour of fuel to his tank. “When I landed, I was a different man. I was not a Christian, but I was a believer in God.” Mark thought about his grandmother, the Christian in the family. “So Grandma was right; there is Someone out there.”

Like Mark, many people struggle with the thought that maybe God exists. Often, it takes being confronted with a life-or-death experience to bring a person to a decision. For some it begins with the birth of a child. As they look at the miniature-but-perfect little human being in the crib who developed in nine months, it seems this little one could not just have happened! As they watch their child flex his or her fingers and toes and see the smile and excitement when their child recognizes them, it causes many to wonder—Is there a God? A Creator?