How Soon Will Jesus Return? 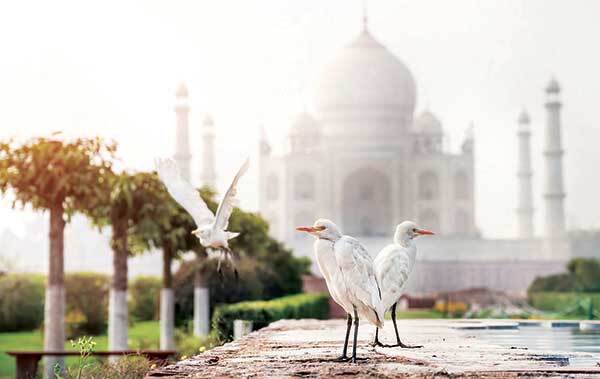 RAJ AND KURT drove 90 miles south from Delhi, India, to view the famous Taj Mahal on the outskirts of Agra. At last it appeared, looking like a white cloud on the horizon—the beautiful dream of Shah Jahan—a memorial to his beloved wife, the beautiful Mumtaz Mahal, who died in childbirth. This tribute, anchored forever in white marble, is truly exquisite, even to the casual observer. Its beauty is reminiscent of a story found in the Bible—the story of another beautiful building.

Jesus and His disciples were walking out of the temple in Jerusalem when the disciples, in admiration, commented on its beauty. They were shocked to hear Jesus say that the temple would be demolished, the city destroyed, and its people scattered.

“Do you not see all these things? Assuredly, I say to you, not one stone shall be left here upon another, that shall not be thrown down” (Matthew 24:2).

Jesus’ prediction came true in AD 70 when the Roman armies, led by Vespasian and his son Titus, surrounded Jerusalem and captured it after a terrible five-month siege. The temple was burned to the ground, contrary to Titus’ orders. Flavius Josephus, in his book The Jewish War, described how Roman soldiers, carrying torches into the temple, caused the dry wood of the building to light up like kindling. Josephus wrote:

“The city and the temple were then leveled to the ground by the command of Caesar. Only the highest towers and part of the western wall remained to show all mankind how the Romans overpowered such a strong fortress.”

The disciples, troubled by Jesus’ words, came to Him privately and asked:

This question has gripped Christians down through the ages: When will Jesus return to this earth? It seems like we’ve waited so long, but Jesus doesn’t want us to lack hope as we wait for His coming.

He answered the disciples’ questions, and in doing so He answers our questions as well. In Matthew 24 and Luke 21, Jesus gave several “signs,” or evidences, by which we can know when His coming is near. Other Bible prophecies help fill in the picture, detailing world conditions just before Jesus returns. Let’s look at the signs Jesus gave us to show when His coming is near.