The Secret of Happiness 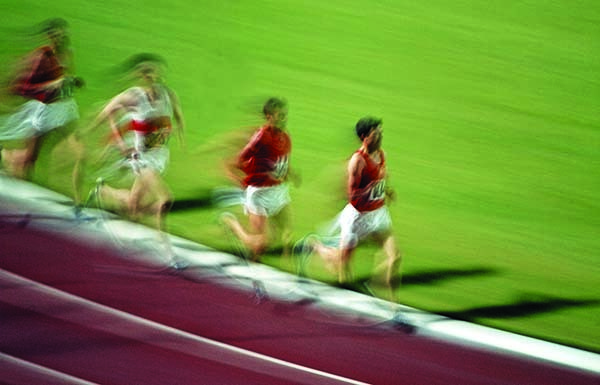 PERHAPS YOU REMEMBER the 1981 film Chariots of Fire, or its recent unofficial sequel, The Last Race (2016). These movies highlight the life of Eric Liddell, known as the “Flying Scotsman.” Liddell won fame and glory at the 1924 Olympics, taking a gold medal in the 400-meter race. He had planned to compete in the 100-meter sprint, but switched to the 400-meter event for personal religious reasons, since the heats for the 100-meter race were set to take place on a Sunday.

Liddell stormed to an unexpected gold medal in the 400-meter contest and took the bronze in the 200-meter final race. The stage was set for him to become a sports celebrity, but instead, he chose to become a missionary to China.

In 1943, Japanese occupation forces ordered hundreds of American and European “enemy nationals,” including Liddell, to an internment camp in China’s Shantung Province. There, the prisoners had to endure months of boredom, frustration, overcrowding, and fear. Personalities clashed; tempers flared. Two groups especially held each other in contempt—the businessmen and the missionaries. Petty squabbles multiplied.

However, one man seemed able to span the gap between these two groups—Eric Liddell, the missionary from Scotland—a man described by one internee as “without a doubt the person most in demand and most respected and loved in camp.” A Russian prostitute in camp would later recall that Liddell was the only man who had ever done anything nice for her without wanting to be repaid in kind. When she first came into camp, alone and snubbed, Liddell put up some shelves for her. Another internee recalled, “He had a gentle, humorous way of soothing ruffled tempers.”

At one angry meeting of the internees, everybody was demanding that someone else do something about the restless teenagers who were getting into trouble. Liddell came up with a solution. He organized sports, crafts, and classes for the kids, and began spending his evenings with them.

Liddell had won fame and glory as a runner at the 1924 Olympics, but in that cramped, wearying compound, he was a winner in the Christian race as well, earning the admiration of the most jaded, cynical internees.

What made him so special? You could have discovered his secret at 6 a.m. each morning. That’s when he quietly tiptoed past sleeping companions, settled down at a table, and lit a small lamp to illuminate his notebook and Bible. Eric Liddell sought grace and strength each day in the riches of God’s Word.